Posted on January 19, 2016 by Sarah Gilbert under about, spirit guides, weirdness

It’s hard to say what this means exactly, especially as I made it up. All we Portlandians, original or no, have had to watch achingly as whoever the latest self-declared expert on Portlandness — usually so designated because he or she was given a byline in a local newsweekly — has declared who it is, exactly, who gets to claim the moral authority to judge whether some person, group, concept, business or product belongs in Portland.

Is it Portlanders who are born here? (Almost never; those of us born here rarely claim any moral authority at all.) Those who moved here earlier than 10 years ago but less than 20? (Usually not, most self-declared experts have moved here in the past decade.) My criteria is far more difficult to achieve: those who have been here for more than a year and believe what they have to learn about Portland is vastly greater than what they know.

Our tour guides are all Original Portlandians: we all have lived in a house share, have an opinion about how to brew coffee, and maybe we don’t know where our sunglasses are or own an umbrella. We would rather ride our bikes to work, probably, and we know which bus takes you down Division Street and what the fifth quadrant is. We don’t know why, exactly, the Chinese people left Chinatown. We can’t quite figure out how to rationalize the racist past of Oregon with our striving present. We just don’t get why people like Voodoo so much.

You can find more about us, here. 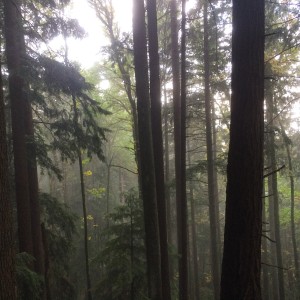 If you asked me to pick one beautiful thing that sets Portland apart, my answer would be immediate: the forest. No other city has such a large forested park within the city limits, and very few other cities have such magnificent old-growth trees within walking distance of the breweries and coffee shops of the center city…. Read more »

Dear Toronto: None of what they said about Portland is true.

Yesterday someone posted a link to an article in the Toronto Sun. “Experience Portland like a local,” the headline read. “Can you point out the errors?” a friend (with a long history in journalism) asked, tagging me in her comments. I clicked over and read the first paragraph. The writer said she enjoyed Portland on previous… Read more » 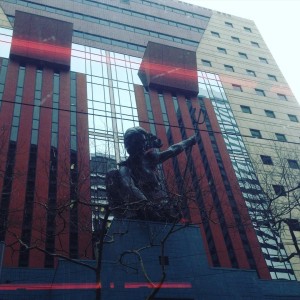 One day in Portland

Our goal with One Day in PDX is to answer the question, “What would you do with one day in Portland?” every day and for every person a different way. If Portland is any one thing that is superlative; if it is any one other thing it is constantly improving itself. It’s weird, of course it’s weird, but it needn’t say so.